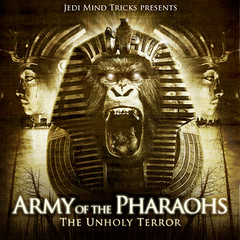 Recently, I spoke with Yan, who is the manager the hip-hop group Jedi Mind Tricks and now partner in Enemy Soil, a full-service music company, with JMT front man Vinnie Paz.  In this interview, Yan talks about the emergence of a middle class of artists, what it’s like being in a niche based music business, and how JMT is taking control of their music.

Over the years, with the rise of file-sharing and social networks, has JMT’s level of involvement with their fans changed at all?  In what ways has their involvement in JMT’s career – their “vested interest” in their art — evolved as well? 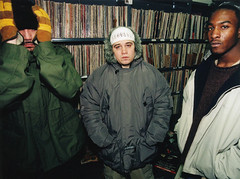 Absolutely.  I’m sure you’ve heard a lot of artists talk about the blessing and curse that is file sharing.  For JMT, it has been more of a blessing.  Yeah, they’ve lost sales to illegal file sharing just like everyone else, but the efficiency of those file sharing networks has allowed their music to spread across the world in a way that the physical distribution network never achieved.

Those file-sharing networks are definitely part of the reason why JMT can play a show in front of 2,000 kids in Bogota, Colombia or to a similarly-sized crowd in Bucharest, Romania.  They may have lost a sale, but they have gained new throngs of fans by playing live in places that their music may have never reached without the Internet.  With the improvements in digital distribution, the hope is that file sharers will become supporters.

The rise of the social networks has been a great asset for JMT as well.  Those networks have created unprecedented access for fans to artists and vice versa.  Our business is a customer service business; we care about how the fans feel about the music.  We’re always looking for new ways to interact with the fans, because the fans’ reactions to what JMT is doing musically are a better barometer of their success than SoundScan numbers.  For a long time now, we’ve chosen to measure their success in the fans’ passion for the music rather than Billboard chart positions.

It seems like human nature to root for the underdog.  Fans of independent music are typically a different breed of music fan, because they generally have to work to discover you and they’re actively seeking out music rather than waiting for it to be spoon-fed to them through traditional radio, TV, etc. outlets, so when they discover you they wear it like a badge of honor.  JMT has fans that send them pictures of themselves with tattoos of JMT’s logo or lyrics – they’re literally wearing the music as a permanent badge of honor.  That type of passion isn’t measured by a Billboard chart, but we’re fine with that.  We’ve built a business model that exists outside the gates of that hierarchy.

How open do JMT fans tend to be about their file-sharing habits?

It’s not uncommon for fans to come up to the guys at shows and say, “I’ve downloaded all of your shit.”  It says something about the age that we live in when a fan goes up to one of his favorite artists at a show and feels comfortable admitting to him that for all intents and purposes he “stole” his life’s work.  But, this is the music climate that every artist inhabits these days.  Our hope is that the fans understand that buying from an indie artists is important to keep indie music culture alive.  It’s not just a transaction; it’s a vote of confidence for a different type of music business.

Has the digital age brought forth the circumstances and tools necessarily to allow for the emergence of a middle class of hip-hop artists?  Also, would you consider JMT to be a part of this class and why so?

JMT is a niche business.  Over the 14 years of their career, the Internet enabled them to take what started as a passionate fan base in say Philly, NYC, Boston, and maybe a few other major cities like Los Angeles and grow that fan base across the world.

Without the Internet, they may have been relegated to a regional phenomenon or maybe a group that plays 10-15 shows a year in major markets.  With the help of the Internet, they’ve grown from a regional niche into a worldwide niche with a worldwide fan base.  They’re 14 years into their career and there are still cities that they haven’t played where there is a demand to see them play, so they’re very fortunate in that respect.  The Internet helped them carve out this middle class niche that they inhabit today.  There are a lot of indie artists out there who have carved out niches for themselves thanks, in part, to the digital age.

During what journalist Steve Knopper has deemed “The Spectacular Crash of the Record Industry in the Digital Age,” do you feel like more opportunities have opened up for JMT and how does Enemy Soil play into that vision?

I think JMT was fortunate to be starting their career right at the time that the Internet was gaining mainstream acceptance in ‘96.  The internet created an opportunity for them to have their music distributed across the world in a way that physical distribution hadn’t achieved.  They recognized that opportunity and seized it by developing their worldwide touring business.  In the early years, they took low guarantees to go play for their fans; they were confident that they would draw a crowd and get invited back.  Now, those tour dates are the anchor of their business.  Between the creative accounting of labels and depleting sales, they knew that they had to develop their touring business if they hoped to carve out a sustainable career.  Ironically, in this digital age, artists are looking to the analog experience of playing a show to a crowd of actual human beings as the cornerstone of their businesses.

Amidst all of these changes how has the creation of Enemy Soil allowed JTM to take control of their music in ways that they haven’t before?  Do you feel like it will be a sustainable business model for you during these times?

We’ve made a concerted effort to engineer Enemy Soil not as a record label, but as a full-service music company that focuses on artist management, music marketing, and distribution.  Our goal is to bring our years of experience spent developing a sustainable business model under the Jedi Mind Tricks banner to other artists through Enemy Soil.  It took a lot of years and a lot of mistakes to turn JMT into a sustainable business.  Now, we have the advantage of applying all of that experience to Enemy Soil.

It’s tough to make any predictions about the music business these days, but we have confidence in what we’ve accomplished with JMT and we think we can repeat those successes with hard work and perseverance and by partnering with talented artists who want to be active participants in their own careers.  At the end of the day and through all of the changes that the music business has and continues to go through, it always comes back to the need for great music.   You look at labels like Sub Pop, Merge, XL, etc. that have had continued success in the face of all of these changes and then you realize it’s because they’ve done a great job at continually discovering and developing great new artists.  The hope is that there will always be not only a market, but also a place in world culture, for great music. Our first release on Enemy Soil will be Jedi Mind Tricks Presents Army of the Pharaohs: The Unholy Terror, which comes out on March 30th.