How Technology Is Changing The Album Release 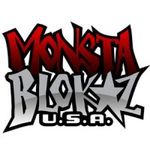 Releasing an album or single in today’s Internet and share-happy music economy is tough. Artists spend time and money getting their song ready for the world to hear, only to have it leaked before it gets mastered, before the artwork and video is created, and before the artist has a chance to tell the story that comes behind the track or album.

Orlando-based label/group Monstablokaz is no different. After releasing chart-topping hits overseas for years, Addis, aka Raptile, and his crew have been working to make their splash in the US market. Along the way many things have changed since their last major releases in 2007.

When asked about the way artists release music today, Addis had this say:

“3-4 years ago was really different because people actually had a release date and leaks were not as common as nowadays. So for a label or an artist it was easier to work towards a certain date when it comes to marketing/promotion.

I was signed to Sony/Bmg in Europe from 2001-2007 and sold about 500.000 units worldwide. The success back then was build mostly through TV. Internet was definitely not the strength of major labels. They had TV Video rotations, which worked back then but obviously is not the case today anymore. We had the typical MySpace etc. but it was never anywhere near as powerful as the Internet these days.

Nowadays it fells like everybody has to leak the records. That release date impact is not there anymore. You have to leak it and work, work, work the record using things like file sharing and social media so you can get create enough buzz to the next level of marketing.

Look how the biggest artists have to leak almost every album song prior to the actual album release date, just so they can compete against the flooded online music market.”

Addis and the Monstablokaz family has entered this new music landscape with open arms and are releasing a slew of singles prior to working on the marketing and promotion of a full-length album. Recently his collaborating with FYI on the single “Disco” hit the Billboard Hot R&B singles chart.

“We leaked it to Internet radio and got great feedback and spins, which also helped to increase traffic on our relaunched label website, monstablokaz.com, and at times we had over 20.000 hits a day – and we didn’t really start to do the online marketing yet. Obviously it also has something to do with a following that we already have from back in the days, but it definitely takes time to get the word out again on the new releases. You have to let them hear it first.”

The world is obsessed with attention getting headlines and instant gratification. At our finger tips we have the ability to find any piece of information that we need from the likes of Google, Bing, Facebook or Twitter.

The entertainment and music business is no stranger to this need for constant creative content. Artists are having to deliver a product that is a 100% experience built around the music. Gone are the days of the music selling itself. Consumers want the story and the character development to go along with a hit single.

Monstablokaz are feeling the change from the industry they once had a strong control over; the formula used to be much more simple for the artist, where they could focus on the music and the live show.

“You need a TREMENDOUS amount of content to compete in this industry, both audio and video content. That’s a big difference from 3-4 years ago. Back then you had 1-2 videos to promote your album/music and you worried about MTV; now you have to have around 15-20 videos (sneak previews, viral stuff, music videos) just to promote one album, and you have to spread them around the web and hope something goes viral on Youtube.

This means either you put more money on the table to hire people that create all these things (even though nowadays video is cheaper, but since there’s no more budgets it’s still a hustle) or you put a lot more time yourself towards this content. Both are possible, but still it’s a big difference to what you had to do 3-4 years ago to promote your product.”

Understanding this new landscape has allowed Addis to adapt to the market and the needs of the consumer. They have created an online home that allows them to post updates, share news, collect email addresses of fans, engage with them on Facebook or Twitter and share all the content they are creating.

“I think its a beautiful time for creative people to utilize this direct way of releasing music,” were the reassuring words from Addis as we talked about this “new” music industry.

He may be right. Recent data is showing that musicians that are taking their careers into their own hands may be in a better position to sustain a career than they were when clocking in hours at major labels.

There are more direct-to-fan outlets today (like Bandcamp and ReverbNation) than ever before and with merchant accounts freely available from PayPal and now Square (giving you access to swipe credit cards from your iPhone at live shows and events), getting your music and merch into the hands of fans around the world is a very realistic possibility.

“There’s a million ways to monetize your content, but we are still in the infancy of this Internet era so we still try things out. A few years ago most artists and labels were still stuck in the old ways of releasing music, so I think people are just now starting to get the hang of it. Within the next five years we will see unbelievable success stories by artists and labels who where creative with the new tools given by the web”

While the next few years will surely give us even more success stories we have already seen a handful or artists take control of their careers and use technology to progress their career.

Technology platforms like TopSpin, Nimbit and BandCamp are showing that fans will pay top dollar for valuable products that expend beyond the music. These include bundles and packages that have CD’s, t-shirts, limited edition posters, thumb drives and more. By adding more products to the mix you also increase transaction and profit size. Instead of selling a $10 CD, you are selling a $25 or $50 package which delivers more value to the fan so everyone wins.

Addis concludes, “At the end of the day its still about the same thing, who’s creative and who’s able to adjust to what’s happening. I think this time of digital transition is incredibly exciting and I love to take on this challenge.”