/ By Dave Lopez / in Five from Five/ No comment

Five articles from five days in the music industry. 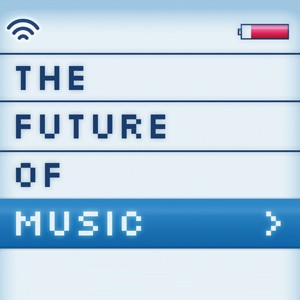 This business continues to become more and more interesting every day. Here are a few leaps in technology that will absolutely change the music business as we know it.

Can you imagine putting on a set of goggles and experiencing a concert as if you are actually there? I'm not talking about watching a live cast on USTREAM or Meerkat, but experiencing the show in immersive 360-degree sound and vision. That's going to be very cool!

Now, moving to the creative process. Have you ever experienced tension between you and your band mates or the production staff while recording? If you're shaking your head I'm going to have to call BS. There's always been tension in the arts. If I recall correctly, Michelangelo and Pope Julius debated over the the ceiling fresco of the Sistine Chapel. I believe Pope Julius felt it wasn't finished and needed " the final touch". Michelangelo disagreed. Five centuries later Gino Robair discusses conflicts that may arise during a recording session and the best way to handle them before they interrupt the music creation process.

Bonus link! Here's a hilarious argument between members of The Troggs ("Wild Thing") who couldn't make decisions because they decided to self-produce the material their bickering about.

5 things to talk about on social media (besides your music) - Think about how you, as a fan, want to interact with the bands you love. Sure, you like to know when they're dropping new music, but you also want to know about the people behind the instruments.

4D Audio - 4DSOUND is a new immersive system which allows for evolving changes in three-dimensional positioning of sound controlled by a performer using Ableton Live and custom Max for Live devices. Additional resource. Here's the scientific background behind the technology.

Buyers Remorse After Buying An Album On iTunes? - Not that Apple doesn't already generate enough revenue, but in an industry where digital sales are on the steady decline, incentivizing consumers to continue to use their platform by creating a desirable experience should be at the top of their list and everyone else's.

Dynamics between artists and others - One thing that doesn’t get talked about enough in our business is dynamics—between the artist and the producer, the artist and the engineer, or among the band members themselves. Even in the best situation, a session can get tense, and having some prior understanding between all parties involved can help avoid a certain amount of conflict. Bonus link, The Troggs arguing in the studio. "You got to put a little bit of fairy dust over the bastard!"