Creative Rehab: How It Happens, When To Act On It

This is a guest post by Alex Mann (@alexjmann). 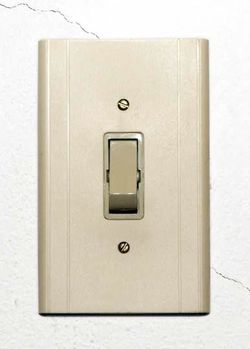 Does creativity have an off / on switch? Do you have to concentrate on “being creative” to produce a meaningful piece of work, or can you wait around for the creativity to hit you?

DJ / producer Mark Ronson told a story recently on a music panel that made me consider those questions. Mark was asked about his creative process in developing and producing a pop single: does he deliberately attempt to devise a piece of music that will appeal to large audiences or does he wait for an idea to strike before hitting the studio?

Mark’s story of Amy Winehouse and his response brushed on both:

Winehouse, Mark’s collaborator in 2007, had proclaimed to him that “they want to send me back to rehab!” Mark, taken aback, responded, “No, no, no!” Mark had an idea, immediately followed by a studio session and a first stab at the track’s 1960s-style production.

The result was Amy Winehouse’s majorly successful track “Rehab,” produced by Mark Ronson. A casual conversation about Amy’s drinking problem turned into a catchy, soulful piece of music awarded five Grammys including Record of the Year, Song of the Year, and Best Female Pop Vocal Performance.

At the end of the story, Mark explained that his creative process was not sitting down and forcing himself to create a sound that would be popular with the masses. He simply creates music that is appealing to him when the moment strikes. At times this occurs as a result of a conversation or experience; other times it happens while he is in the studio producing other music.

I don’t believe creativity has an off / on switch. Creative, right-brained people are naturally wired to always be “on.” I do believe, however, that certain environments and states of mind are necessary in enabling the creative process.

Mark Ronson may not sit down and tell himself to “create a popular song,” but he was able to use a random slice of conversation with a talented alcoholic as inspiration for a multiple Grammy winning track. The hours of work, brain power and actual creative process took place in the studio, which you can guarantee was controlled, deliberate and practiced, unlike the spark of inspiration.

Take another example involving Steve Jobs: during a trip to India in 1974 he experimented with LSD, later calling the experience "one of the two or three most important things I have done in my life." A writer has even said that “thinking differently -- or learning to Think Different, as a Jobs slogan has it -- is a hallmark of the acid experience.” Similar in theme to the story of Ronson’s conversation with Winehouse, Jobs’ experience with LSD was an inspiration for his later work while unrelated to the actual process of creating.

Inspiration for creativity is cheap and can be found anywhere, whether through conversations with an alcoholic, experimentation with LSD in India, or more conventional means. Creative production, on the other hand, is only as valuable as the person’s willingness to sit down and act on it.