The music landscape has changed drastically over the past two decade. It’s so intertwined with technology that it deserves a new label (pun intended). We refer to it as Record Label 2.0. Virtual mixing and mastering services like CrazyEye Music Services, music distribution through Amazon, iTunes or on flash drives, online recording collaboration and much more can be found in here. 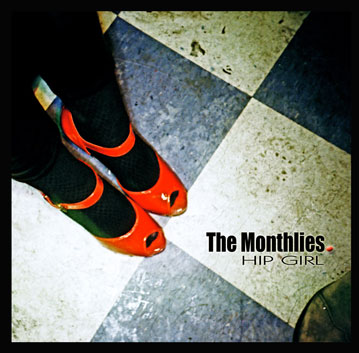 I spent the last several weeks working on some new tracks in the studio.  The latest track “Walking on Glass” was a great opportunity to play the Turkish Oud on a track.  I would usually use the Arabic Oud which has a slightly deeper tone but I dropped the tone of the Turkish down a […]

The Lion of Afghanistan

I've been on a social media kick lately and I'm realizing that this thing isn't going away. I'm not talking about social networks like Myspace, Facebook or Ning. I'm talking about Social Media, i.e. USTREAM, Tumblr and, of course, Twitter.

Over the past several months I've discovered that the simplest of ideas make for very powerful tools. I've been all about the idea of Twitter lately. I'm amazed at how people can say so much in 140 characters or less. Some people use it to say "Going to dinner" or "At the movies", but the real innovators see it as a marketing device. The social media marketers are using it to promote their businesses, ideas, beliefs and so more. Truly amazing! USTREAM, and vlogging in general, is starting to dominate the landscape as blogging has been doing for the pasty couple of years. Some of my favorite vloggers are 1938 Media, Wine Library TV and iJustine. Give these sites a look to see where the future of the web and the sharing of information is going. The potential for this stuff is HUGE!

Use our free tools to custom design your Merchandise, CDs, Ringtones and Downloads. Post your store to any website, blog or social network. We’ll manufacture and distribute all of your products when they're purchased!

Get Lean: Making music on the cheap

Barring a government bailout package for the struggling music industry, our empty pockets and maxed-out credit cards are telling us we'll have to come up with creative ways to keep the music flowing in this economy. Without sacrificing the quality of our art, this could involve spending less on gear and sweating more to become efficient with what we have. END_OF_DOCUMENT_TOKEN_TO_BE_REPLACED

Empowered by the Internet, independent musicians have more opportunities to build their careers than ever before. But with so many tools, sites, services, and other Web-based music entities beckoning, it's not easy to decide which are best for your career. To get an in-the-trenches look at Web-based musical self-promotion, I turned to Randy Chertkow and Jason Feehan (see Fig. 1), authors of the new book The Indie Band Survival Guide (St. Martin's Press, 2008).