To be a successful musician you have to network.

In today's world of social media it's still a great idea to go out and meet people face-to-face. I love meeting new people online and sharing our common experiences within the business of music. There's never been a greater time than now to mingle with other musicians around the world. But wouldn't it be better to meet in person while having a beer?

In the article below, Leena Sowambur over at MTT tells us How to Talk To Strangers.

How To Talk To Strangers

Yet we are all strangers to other people.

I’m not a shy person. I’m outgoing, chatty, and extroverted. I still don’t like talking to arbitrary unfamiliar, alien people. Why? I was always told not to talk to strangers as a child. As children our parents drum that rule into us, and it’s a good thing. We need to be aware of danger. However, we also need to be aware that the psychological tools that we needed to keep us safe as kids are not always appropriate in the varying situations we find ourselves in as adults.

The Problem With Music by Steve Albini

For those of you who's only dream is to get a record deal I highly suggest you read this article. It's from the 90's, but the story is practically the same today.

Thanks to the folks over at Negativland.com for sharing it with us. They wrote "This oft-referenced article is from the early '90s, and originally appeared in Maximum Rock 'n' Roll magazine. While some of the information and figures listed here are dated, it is still a useful and informative article. And no, we don't know how to reach Steve Albini."

The Problem With Music 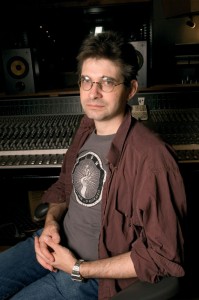 Whenever I talk to a band who are about to sign with a major label, I always end up thinking of them in a particular context. I imagine a trench, about four feet wide and five feet deep, maybe sixty yards long, filled with runny, decaying shit. I imagine these people, some of them good friends, some of them barely acquaintances, at one end of this trench. I also imagine a faceless industry lackey at the other end holding a fountain pen and a contract waiting to be signed. Nobody can see what's printed on the contract. It's too far away, and besides, the shit stench is making everybody's eyes water. The lackey shouts to everybody that the first one to swim the trench gets to sign the contract. Everybody dives in the trench and they struggle furiously to get to the other end. Two people arrive simultaneously and begin wrestling furiously, clawing each other and dunking each other under the shit. Eventually, one of them capitulates, and there's only one contestant left. He reaches for the pen, but the Lackey says "Actually, I think you need a little more development. Swim again, please. Backstroke". And he does of course.

Every major label involved in the hunt for new bands now has on staff a high-profile point man, an "A & R" rep who can present a comfortable face to any prospective band. The initials stand for "Artist and Repertoire." because historically, the A & R staff would select artists to record music that they had also selected, out of an available pool of each. This is still the case, though not openly. These guys are universally young [about the same age as the bands being wooed], and nowadays they always have some obvious underground rock credibility flag they can wave.

This is a very long and interesting article so I'm going to cut to the chase. A band got a deal and found money being thrown at them and taken from them at an astounding rate with many people taking a cut. In the end, per Albini, "the band members have each earned about 1/3 as much as they would working at a 7-11..."

"The band is now 1/4 of the way through its contract, has made the music industry more than 3 million dollars richer, but is in the hole $14,000 on royalties. The band members have each earned about 1/3 as much as they would working at a 7-11..."

You can read everything that happened in between here, The Problem With Music.

This is a repost from David Hooper over at Music Marketing [dot] com. It describes how excellent customer service can really enhance the experience you provide to your customer/client/artist. I like to think that I provide this type of service as well and if I don't I wish you, my clients, would tell what I can do better.

After all, it's you I really want to help make great art. I want the experience of helping you make that art to be the best it can possibly be. Enjoy the article.

If you're wondering how companies like Apple, Amazon, and Google are kicking ass and taking names, even in a "down" economy, here's the answer...

This stuff isn't just for the supernerds who program iPhone apps and websites; it's something you can use in your music marketing and it's a lot more simple than people make it out to be.

For example, take a look at this letter I received in my mailbox yesterday...

A SMS Marketing Campaign seems like a great and simple way to connect with fans. It can be used as a gentle reminder to your fans that you're thinking of them and maybe even doing something special for them very soon.

It can also see it used for...

The possibilities are practically endless with the only limit being your own imagination.

Below is an excerpt from a great article by ImagePR founder, Jem Bahaijoub. Jem is an established creative and strategic leader with over a decade of experience in the international music and entertainment industry.

This is a guest post by engineer extraordinaire and my audio engineering mentor, Cliff Zellman. Starting out as his assistant quite a few years ago, Cliff and I worked together making records for internationally renowned recording artists, as well as, local musicians in the LA area. Since then he's become the go-to guy for voice over performing, original music compositions and script writing at RadioVision in Dallas, Texas.

Having been in the production industry for over 30+ years, Cliff has pretty much recorded, produced, directed and edited just about anything & everything audio. Below is a very insightful piece he wrote on the differences between Branding and Positioning.

Take it away, Cliff!

Lately, there has been an over abundance of self-injected philosophies on Branding. It seems to be an easy subject to sell for coaches and mentors offering voice performance related services. Some come in the way of a “webinar” (insert unnecessary definition of webinar here), blogs, social media postings and face-to-face classes and seminars. What they mostly offer is a list of “example brands”, nationals such as Campbell’s Soup, Levi’s, CNN, Chevy, and Kleenex or tagged to an individual like Cher, Lady Gaga, Don LaFontaine, Oprah, or Elton. They follow by saying, “These are brands. You need to have a brand. You need to stick out from the crowd. Be noticed.” OK, I just signed up, paid my money and invested my time to be in your audience– how do I do it? Most likely you will hear that same line repeated and I will spare you that. Just go back a few sentences and read it again if you must.

What I rarely hear being discussed is Positioning. Why? Maybe it’s not as sexy as branding. BRANDING! Wow that’s a cool word, so instant and so final at the same time. It sounds so powerful. This is MINE!

Are Music Listeners Ready to Move to the Cloud?

Many consumers still want to own their tunes

New options for media consumption on the web as well as mobile and smart devices are continually emerging, and Spotify’s launch in the US is just one of the latest changes to shake things up. With Apple’s iCloud debuting in iOS 5, what do consumers think of storing and streaming their music from the cloud—and the concept of renting vs. owning it?