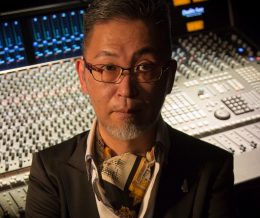 Are Analog Consoles Back? 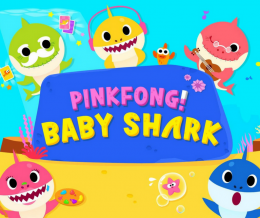 Due to its massive success, Pinkfong signed a deal with Sony/ATV to publish their entire catalog of children’s songs, including the world-famous pop culture phenomenon Baby Shark. From Music Busine... END_OF_DOCUMENT_TOKEN_TO_BE_REPLACED 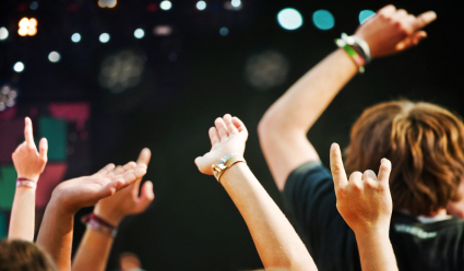 The Austin City Limits Music Festival in Austin, Texas, will announce this week that ACL Fest will be the latest major festival offering a cashless option for concessions and merchandise purchases... END_OF_DOCUMENT_TOKEN_TO_BE_REPLACED

What’s the music business about?

Great Production Tips from the Universal Audio web site. Having a boatload of UA plugins myself I should review this page more often.

Thunderbolt Explained — What Does it Mean For Your Studio?

It’s time to mix, so let’s start to move some faders! Well, maybe not right away. If we really want a mix to go quickly and smoothly, there’s some preparation that needs to be done beforehand. Here's a look at the technical prep, session prep, and personal prep needed before diving into your latest mixing session.

While you’ve been working hard and paying attention to the songs, the parts, the sounds, and all the other big-picture stuff, maybe something’s just ever so slightly out of tune. Tuning is one of the little things that can end up making a huge difference in the final quality of your recordings, so here are some final things to listen for before you start your first take.

7 Ways To Stimulate Your Capacity For Creativity

I pulled this list from an article on Fast Company online. It was written by Don Peppers, the author of Extreme Trust: Honesty as a Competitive Advantage

In it Don writes:

"If you want to generate more innovative ideas, then you should purposely expose your mind to radically different facts and unusual, often conflicting concepts."

This is great advice for musicians stuck in a creative rut. Try some of the Don's ideas on the list and let me know if they worked for you by commenting below.

You can read the entire article over at Fast Company magazine.

A brief history of sheet music.

I read this article on a new music learning service/site called Chromatik. It tell of the advent of sheet music and how music in the days when Tin Pan Alley thrived was all about the song and not so much about the performance. I think you'll find it interesting.

The advent of sheet music as a viable business didn’t really take on until 1880 with the rise of Tin Pan Alley. Originally Tin Pan Alley only referred to a specific building on W. 28th and 5th Ave. in New York City, but eventually it came to represent an entire period of popular music dominated by music publishers and songwriters.

Since the early Renaissance-era manuscripts of monophonic chants, sheet music has been around in one form or another. As the printing press made waves in the 15th century people sought to print music, but it was not easy at first. The first recorded printed book to include music, the “Mainz psalter,” (~1457) had to have the musical notation hand-written in. Yet as technology advanced throughout the centuries and songwriters eventually came together into a de facto publishing house, Tin Pan Alley came to represent an industry that was growing exponentially. Within the first ten years of the 20th century songwriters and publishers were churning out upwards of 25,000 popular songs per year, the highest production of popular music ever.