INDUSTRY NEWS: EMI Sues Cash Money Records.
EMI has sued Cash Money Records over late payments. According to a complaint filed by the major in the U.S Federal Court in the Southern District of New York, Cash Money has failed to make payments due to the major for undisclosed music it licensed, which apparently was connected to "Tha Carter III," the only Cash Money release named in the complaint.According to the court documents EMI first sued Cash Money on Nov. 29, 2009, for "direct, contributory and vicarious inducement of copyyright infringement, unfair competition and breach of contract," in a case that was ultimately settled on Feb. 17, 2010.
Read the entire article at Billboard.biz.

ARTIST DEVELOPMENT: Fan Friction - How The Internet is Failing Artists.
“Where the f*ck am I gonna go now to sell my records?”
That’s a musing from Kid Rock, as quoted by Carson Daly, after the final episode of TRL. Most people would instantly reply “the internet.” The internet, however, despite being a great tool for music discovery, has been poor, at best, at turning that discovery into actual fans.

The way things are set up now with Facebook and Twitter, very few artists have fans. Artists have plenty of “likes” and “followers,” but they don’t have the artist-fan relationship that’s needed to be as big as the acts of previous generations. Fans buy albums, concert tickets and t-shirts. Fans tell their friends about artists. The person who “liked” a Facebook page, who are they in relation to the artist? Are they really a fan?
Read the entire article at Adam's World.

MUSIC MARKETING: The Rise of Indie Bands in Advertising.
While musicians and brands have long had a symbiotic relationship, the use of indie groups in advertising seems to be fast on the rise. Call it a marriage of convenience. Marketers in search of millennial currency, their growing need for digital content and a music industry still in chaos have helped create a scenario in which two once polar opposites are now happily attracted. And it's not just for flashier categories like auto and fashion. Indie artists (read: obscure bands connected or not to major labels) are now peddling life's less-sexy products, like hardware, detergent and health insurance.

Mega corporations using under-the-radar acts in TV spots is not a new phenomenon. During the 2000s, Apple, for one, cultivated a countercultural image when it became practically synonymous with breaking new artists, such as Feist with her "1234." But that was the exception, not the rule.
Read the entire article at Billboard.biz.
END_OF_DOCUMENT_TOKEN_TO_BE_REPLACED

This is a guest post by mix engineer, Unne Lilijeblad over at www.mix-engineer.com. This is the second article in a five part series about his experience with mixing in this still under utilized medium for listening to music. In the last article Unne talked about the basics of surround formats and standards. This week he talks about some of the disappointments with DVD Audio discs.

Disappointment
Before I purchased my own surround system, I’d hardly ever heard surround sound outside of movie theaters, so when I finally got my system all setup, I had a blast watching, and especially listening to, all three Lord Of The Ring DVD’s and many other big blockbuster action movies. Well mixed surround sound really is an amazing enhancement of the movie watching experience, and that elevated my already high expectations for surround music even further.

But after purchasing my first couple of DVD-Audio discs and dealing with the hours and hours of headache it took to figure out how to even play them back on my Mac, (To this day I can only playback Dolby Digital and DTS streams through VLC and have to resort to obscure command-line DVD-A utilities running in Windows under VMWare Fusion to rip the CPPM protected Meridian Lossless Streams to hard disk) I was kind of disappointed about the whole experience. To put it simply, it basically seemed to me that most mixes could be put into one of two groups. Either they were very conservative or they were way too gimmicky.

END_OF_DOCUMENT_TOKEN_TO_BE_REPLACED 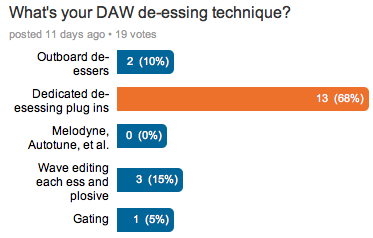 68% of production in happening in-the-box. 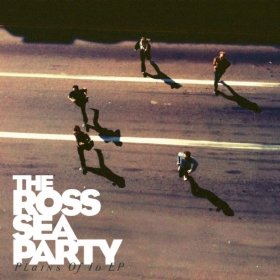 END_OF_DOCUMENT_TOKEN_TO_BE_REPLACED

"The key to SMS marketing is knowing that less is more."

A SMS Marketing Campaign seems like a great and simple way to connect with fans. It can be used as a gentle reminder to your fans that you're thinking of them and maybe even doing something special for them very soon.

It can also see it used for...

The possibilities are practically endless with the only limit being your own imagination.

Below is an excerpt from a great article by ImagePR founder, Jem Bahaijoub. Jem is an established creative and strategic leader with over a decade of experience in the international music and entertainment industry.

END_OF_DOCUMENT_TOKEN_TO_BE_REPLACED

INDUSTRY NEWS: Grooveshark Files for Dismissal of Copyright-Infringement Case, Blasts Major Labels' Lawsuit
Music streaming service Grooveshark has reacted strongly to the copyright infringement lawsuit filed by three major labels. In an 18-page motion to dismiss, filed Thursday in the U.S. District Court for the Southern District of New York, Grooveshark's attorneys, Rosenberg & Giger P.C., call the majors' lawsuit "among the least informative and substantive pleadings imaginable."
Escape Media Group, Inc., parent company of Grooveshark, and Grooveshark's managers were sued for copyright infringement by Universal Music Group in November. Warner Music Group and Sony Music Entertainment joined the lawsuit in December; EMI joined in January, although it is not named in the response.
Read the entire article here.
MIXING TIPS: Surround Sound Mixing. Guest post by Unne Lilijeblad
It’s been six years now since I took the plunge and invested in a complete Dynaudio Air 5.1 surround sound monitor system. At the time, I though that Surround Sound on DVD-Audio and SACD discs was going to take off among music consumers. That didn’t really happen.
Read the entire article here.
END_OF_DOCUMENT_TOKEN_TO_BE_REPLACED

Quick tip: Putting a singer at ease in the studio.

Calm is generally better than flustered.

If you're doing vocal overdubs, and doing them right, it's going to take some time. If you have an inexperienced singer the best place to start is by making them feel at ease in the studio.

A good place to begin is to make the environment comfortable by dimming the overhead lights. Bright lights can make even the hippest studios feel clinical. Candles also work well in this situation, but don't make it so dim that they can't read the lyric sheet. A light on the music stand could help create the best of both worlds.

Takes. Lots and lots of takes

Next, if you know they are going to be doing a lot of takes of the same parts make sure to leave a good amount of space before and after the punch (that's a drop-in for you Brits). They need to know that they have enough room to feel comfortable before the punch so they can get into the vibe of the song. Better yet, don't let them know where you're punching in or out. Just have them to sing along and you punch what needs to be replaced. The less thinking the vocalist needs to do the more natural the take will be.