Adam Singer: Fighting The Future At Every Turn

In response to post on on WSJ’s All Things Digital blog by Kara Swisher, where she laments about a lack of business models for the entertainment industry in the digital age, PR strategist Adam Singer has written a great critique of her piece - that's worth the read and full of quotable lines.  He  finds it to be surprising that Kara "let herself get influenced by an industry that has been disrupted by technology, but refuses to change."  Here's an excerpt: 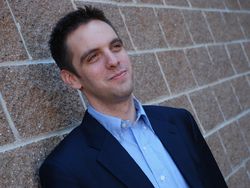 "An industry which tries to cling to the past does not get the right to complain of a 'lack of decent business models.' Perhaps if they spent their time innovating instead of fighting a changing world and treating their own customers like criminals we could feel sympathy for them... The entertainment industry is no longer some special market, they are now part of a hyper-competitive market and just like others in similar situations they do need to actually deliver on what people want if they hope to survive. Perhaps it’s time they stopped banking on irrelevant strategies and wake up to the world they live in."